Our Director Award has been running since 2016, promoting the careers of brilliant up-and-coming directors. We spotlight our past winners and runners-up below. 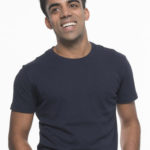 Before winning the Award, Anthony had been a member of Bristol’s Old Vic Made in Bristol scheme in 2012, Resident Director at Almeida Theatre in 2015 and the inaugural Link Artist Stage Director at Royal Opera House 2017/19.

In 2018, he co-directed the German language premiere of Oresteia (Almeida/West End) for Stuttgart Staatstheater. For the Almeida Theatre, Anthony directed actors including Ian McKellen, Fiona Shaw and Ashely Walters in Figures of Speech – a digital film project interrogating leadership.

In 2019, he was also Associate Director for Nixon in China at Royal Danish Opera.

Anthony was the Associate Director on the Almeida’s production of The Doctor, freely adapted from Shnitzler’s Professor Bernardi and directed by Robert Icke. The production, starring Juliet Stevenson, played at the Adelaide Festival in Australia in February/March 2020.

Find out about Antony here. 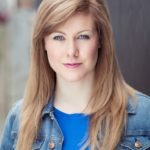 Her work in theatre as a director includes: Little Bits of Light at NT Studio/ARC Stockton, Pronoun at ALRA, Growth at Northern Stage, Brian Looks Like Alan Rickman at York Theatre Royal Studio and Found at Alnwick Playhouse.

Her work as a staff director or associate director includes: Pinocchio and Hadestown at The National Theatre, Local Hero for The Edinburgh Lyceum, Animal Farm at Northern Stage, Meek for Headlong and Birmingham Rep, Gods Are Fallen and All Safety Gone for Greyscale (international tour) and The Gamblers for Greyscale and Dundee Rep.

In 2020, running until February, she directs Assassins at Backstage Theatre, Mountview. 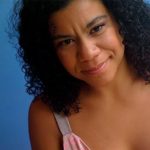 Previous directing credits include: Rage: A Play in 5 Betties at Royal Welsh College of Music and Drama, When They Go Low for NT Connections/Sherman Theatre, Yellowman at Young Vic, Curried Goat and Fish Fingers at Bristol Old Vic, Dogtag at Theatre West, Strawberry & Chocolate and Dutchman for Tobacco Factory Theatres and Persistence of Memory at the Rondo Theatre.

As a result of winning the 2018 Award, Nancy went on to direct the regional premiere of Two Trains Running, by August Wilson, on the Royal Stage at Royal & Derngate in a co-production between Royal & Derngate and English Touring Theatre. The play was produced as part of Royal & Derngate’s Made in Northampton 2019 programme and opened on 31 August 2019 at Royal & Derngate before going on a two-week tour. It was supported by a production grant from the RTST and got four star reviews from The Stage, The Observer and The Guardian.

In 2019, Nancy also directed Inua Ellam’s new play The Half God of Rainfall for Kiln Theatre, which won ‘Best production of a play’ at the Black British Theatre Awards 2019, and Caryl Phillips’ Strange Fruit for Bush Theatre. 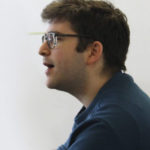 Credits as a director include: the European premiere of Homos, or Everyone in America by Jordan Seavey at the Finborough Theatre, Adding Machine at Finborough, Parade, Urinetown for Mountview at the Pleasance, One Arm at Southwark Playhouse (where he won the Off West End Award for Best Director), The Laramie Project at Leicester Curve.

Credits as an associate director include: Beautiful – The Carole King Musical at Aldwych Theatre, My Night with Reg at Apollo, Red at Wyndham’s Theatre and Staff Director on Follies at the National Theatre. He was Resident Assistant Director at the Donmar Warehouse from 2014 – 2015.

The National Theatre’s celebrated production of Follies returned to the Olivier in February 2019 where Josh reprised his backstage role as Associate Director.

Find out more about Josh here. 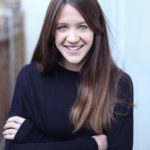 Credits as assistant director: The Cherry Orchard (ITA), Wild for Hampstead Theatre, The Kid Stays In The Picture for Complicite, The Little Mermaid for Bristol Old Vic, Routes at Royal Court, Candida for Theatre Royal Bath, Brimstone and Treacle at Arcola Theatre and After Miss Julie at Salisbury Playhouse.

After winning the 2017 Award, Chelsea got the unique opportunity to direct a full-scale, fully-funded production of A Streetcar Named Desire, co-produced by NST, English Touring Theatre and Theatr Clwyd in 2018. The production premiered in the main house of NST’s new city-centre theatre, NST City, in March and then went on a tour of main houses of theatres across the UK. It was supported by a production grant from the RTST and opened to four star reviews from The Stage, The Times and The Guardian. After 84 performances, 8 venues and over 22,400 audience members, the play ended its run back at NST City in June 2018.

After her success with A Streetcar Named Desire, Chelsea was re-engaged by English Touring Theatre to direct Cougar, a new play by Rose Lowenstein for Orange Tree Theatre, in a four-week run in early 2019. In late 2019 she directed a bold, new production of Brian Friel’s version of the Ibsen classic Hedda Gabler at Sherman Theatre, which opened to a four star review from The Stage.

Find out more about Chelsea here.

Credits as a director include: I Call My Brothers by Hasen Khemiri at Gate Theatre and dirty butterfly at Young Vic. As an Assistant/Associate Director credits include wonder.land at the National Theatre, Hamlet and All’s Well That Ends Well for the RSC and The Changeling at Young Vic.

Post Award, she went on to direct Random/Generations, a double-bill of plays by Debbie Tucker Green at the Minerva Theatre in May 2018. In August 2018, Curve Leicester and Birmingham Hippodrome announced Tinuke would be directing a co-production of Tony-award winning broadway sensation The Color Purple, running Jun – Jul 2019 at Curve, Leicester and at Birmingham Hippodrome. The Stage and The Guardian gave the production a four-star review and the production is nominated for the 2019 UK Theatre Award ‘Best Musical Production’.

Tinuke directed Vassa by Maxim Gorky at Almeida Theatre in October 2019. In late 2019, she directed Cinderella at the Lyric Hammersmith. Jitney, the groundbreaking classic by August Wilson, directed by Tinuke, will be performed at Leeds Playhouse 16 Oct – 6 Nov 2021. 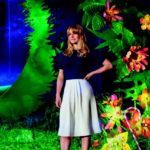 Kate was winner of the RTST Director Award 2016.

As the winner of the inaugural RTST Director Award, Kate went on to director Tribes by Nina Raine, which successfully ran from June to July 2017. It was supported by a production grant from the RTST. Following the success of Tribes, Kate was engaged again by the Crucible – this time to direct Peter Morgan’s play Frost/Nixon in early 2018 in the Crucible’s main house as part of its first season curated by artistic director Robert Hastie. It was the regional première and the first British production since its debut (at the Donmar Warehouse in 2006), and it was the first British production since its debut, and had a range of four star reviews from The Times, The Stage and WhatsOnStage.

In August 2018, Kate directed Midsummer, which launched to five star reviews at the Edinburgh Festival. She directed Cock at Chichester Festival Theatre in autumn 2018 and Jesus Hopped the A Train at the Young Vic in early 2019. Kate directed Dave Hare’s Plenty at the Festival Theatre from summer 2019, getting a four-star review from The Guardian and The Telegraph. For Plenty, she is nominated for Best Play Revival at the UK Theatre Awards.

Find out more about Kate here. 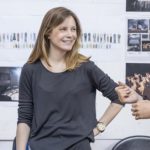 Rebecca Frecknall was runner-up for the 2016 Award.

Rebecca directed Tennessee Williams’s Summer and Smoke at the Almeida Theatre in March 2018 to a five-star review from The Times, which described it as “There is magic in the sultry magnolia-scented air at the Almeida…Do catch if you can.” The production moved to the West End in November 2018. In 2019, Rebecca directed Three Sisters at Almeida Theatre and Steel at the Crucible.

Find out more about Rebecca here.